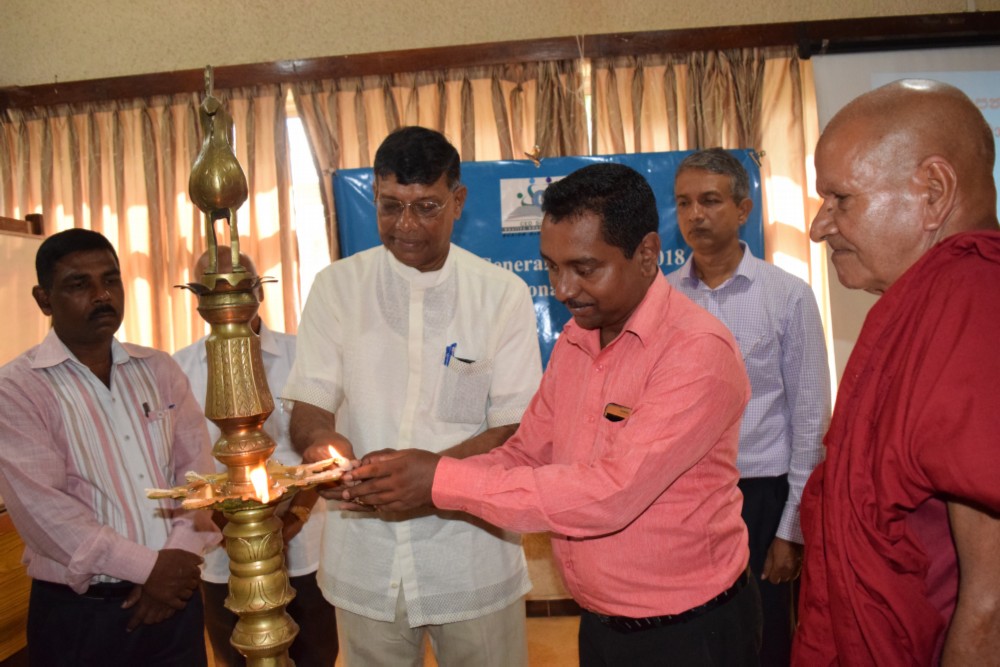 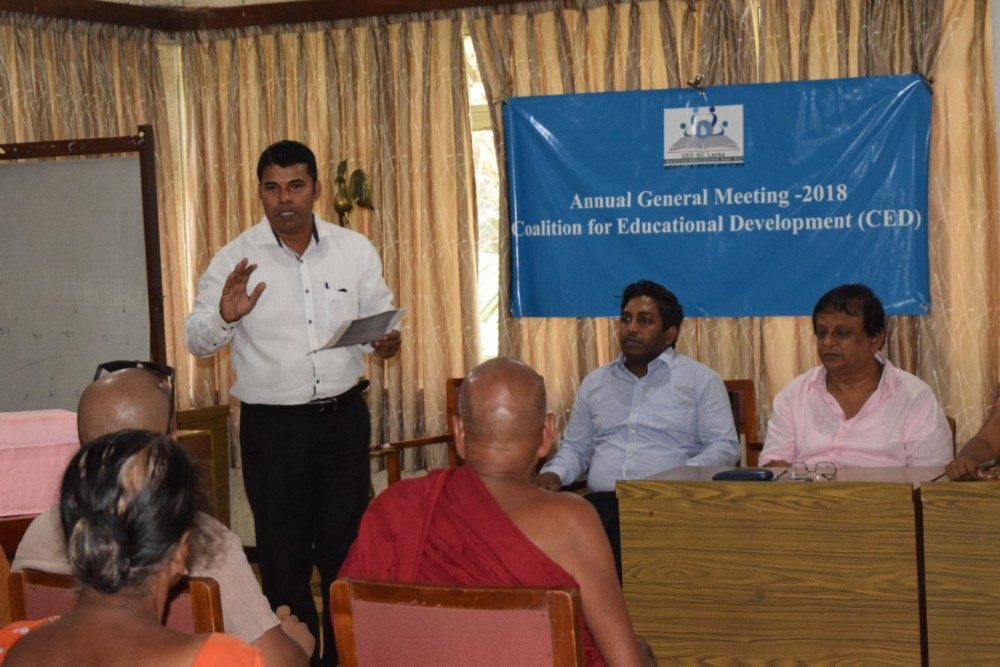 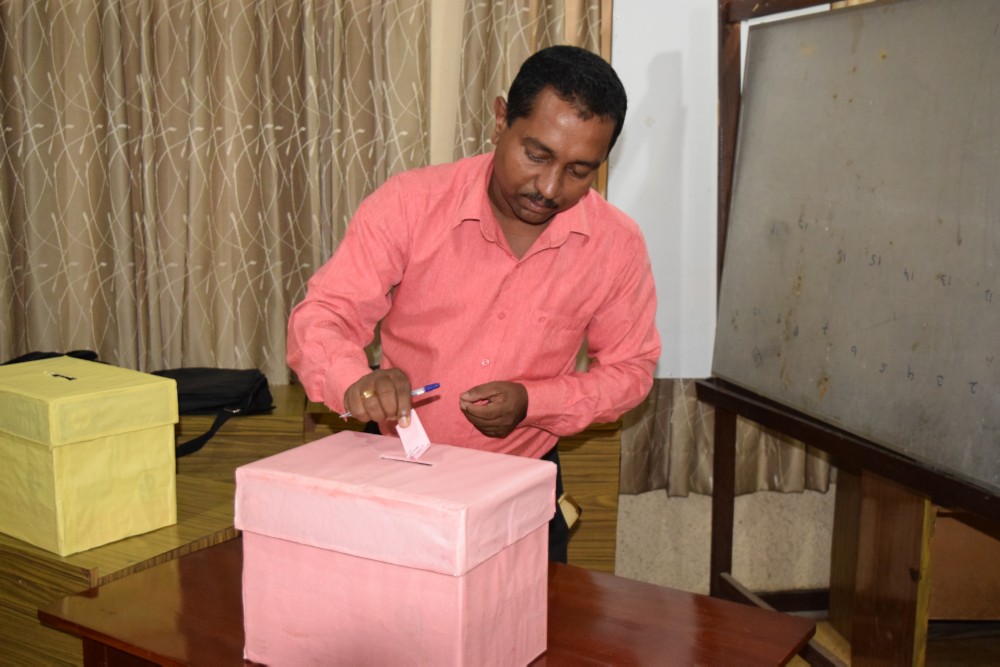 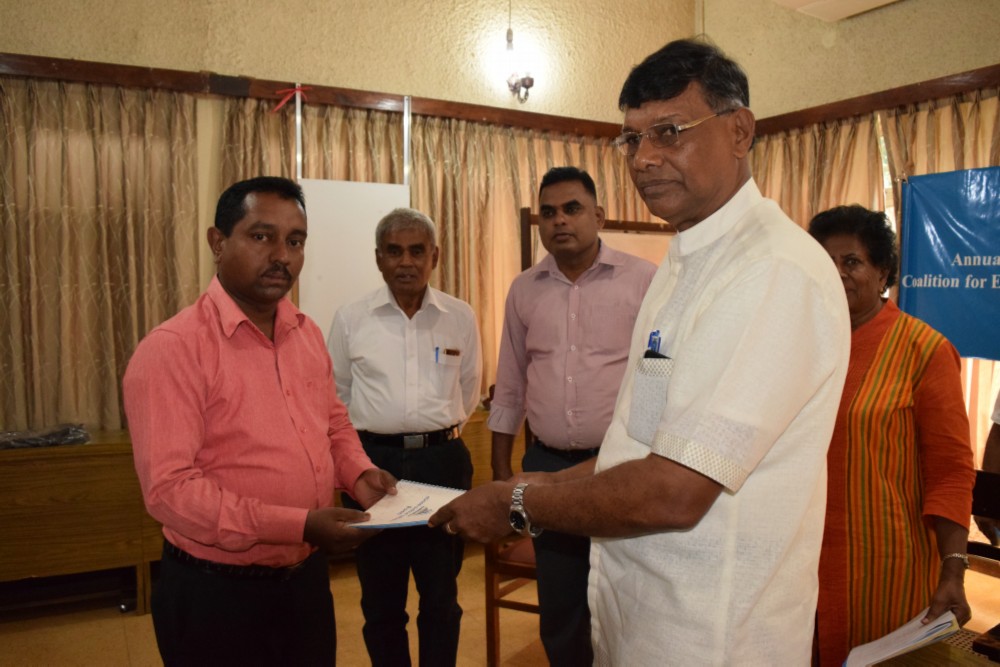 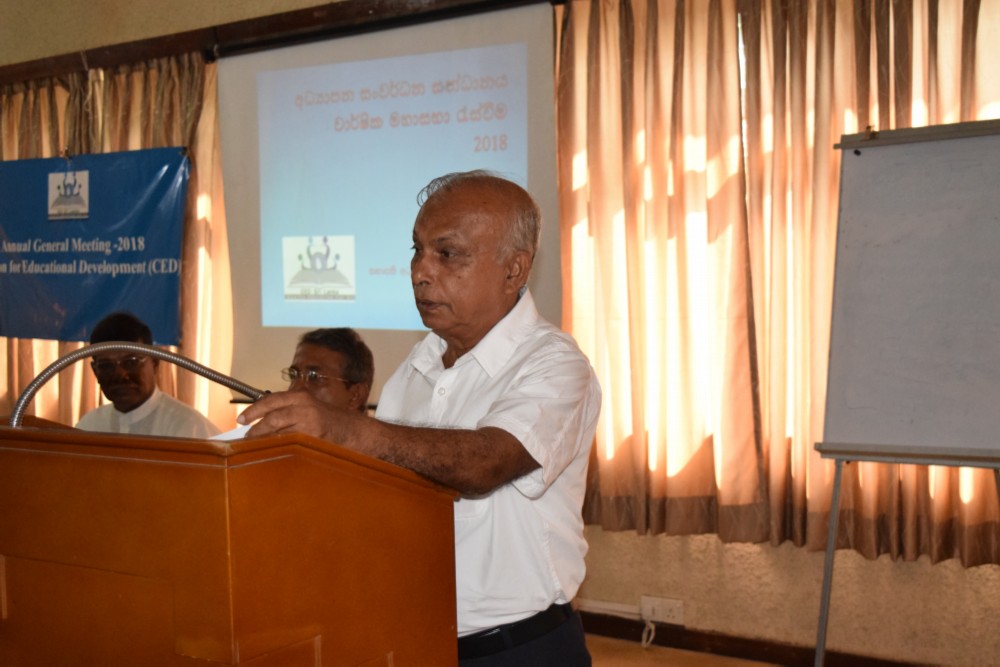 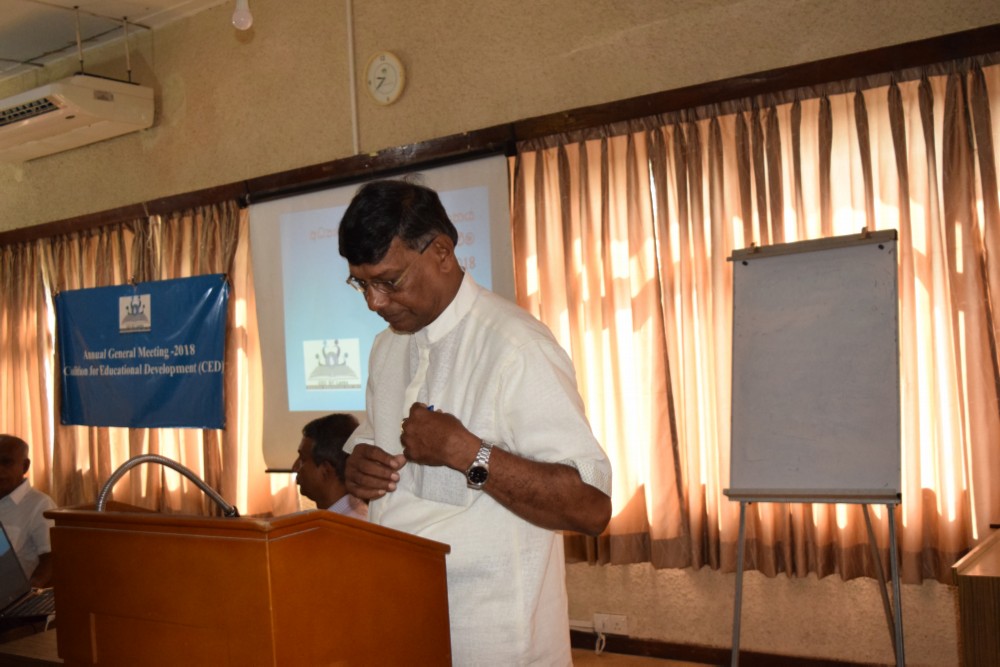 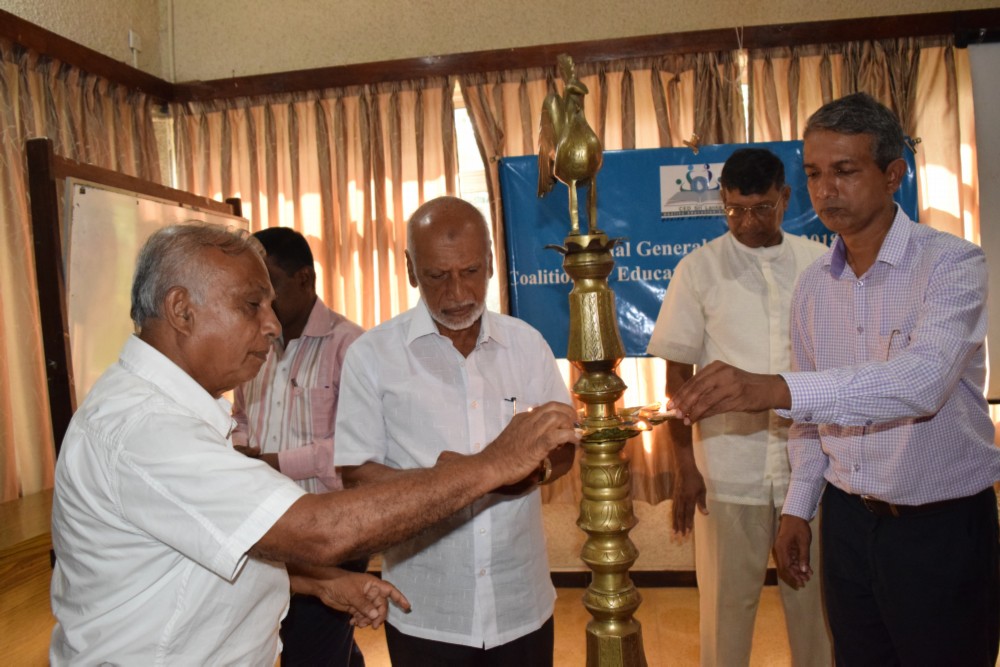 The Annual General Meeting of the Coalition for Educational Development was held on Sunday 25<sup>th</sup> of March 2017 at the Ecumenical Institute for Study &amp; Dialogue in Colombo with the participation of the 49 Member Organizations who involved in the education sector at provincial and local level in Sri Lanka. Formalities of the Annual General Meeting were started after lighting traditional oil lamp by the Executive committee members of Coalition for Educational Development and other guest. Chairman, Mr. K.D Peiris welcomed the gathering and he presented the Annual report, highlighting the works completed during the year. It was followed by the reading of the minutes of the last AGM by the Secretary, Mr. W.W. Wijewantha Wellala as well as the treasurer, Mr. Chaminda Piyasekara presented the finance report of the last year.

The second session of the day was allocated to the appointing of new executive committee for the year 2018/ 2020 and the election was successfully held with the help of PAFFREL (People’s action for Free and Fair Election. Mr. Chandana Bandara was appointed as a new chairman and Mr. W.W. wellala and Mr. Chaminda Piyasekara will continue in their current role as the general secretary and the treasurer. The AGM came to a conclusion with vote of thanks given by the general Secretary Mr. W. W Wellala. He thanks all those who attended the AGM and congratulated for the newly appointed executive committee for the 2018/ 2020. It was the very successful Annual General Meeting and we look forward support and participation in the coming year at our all events and project.